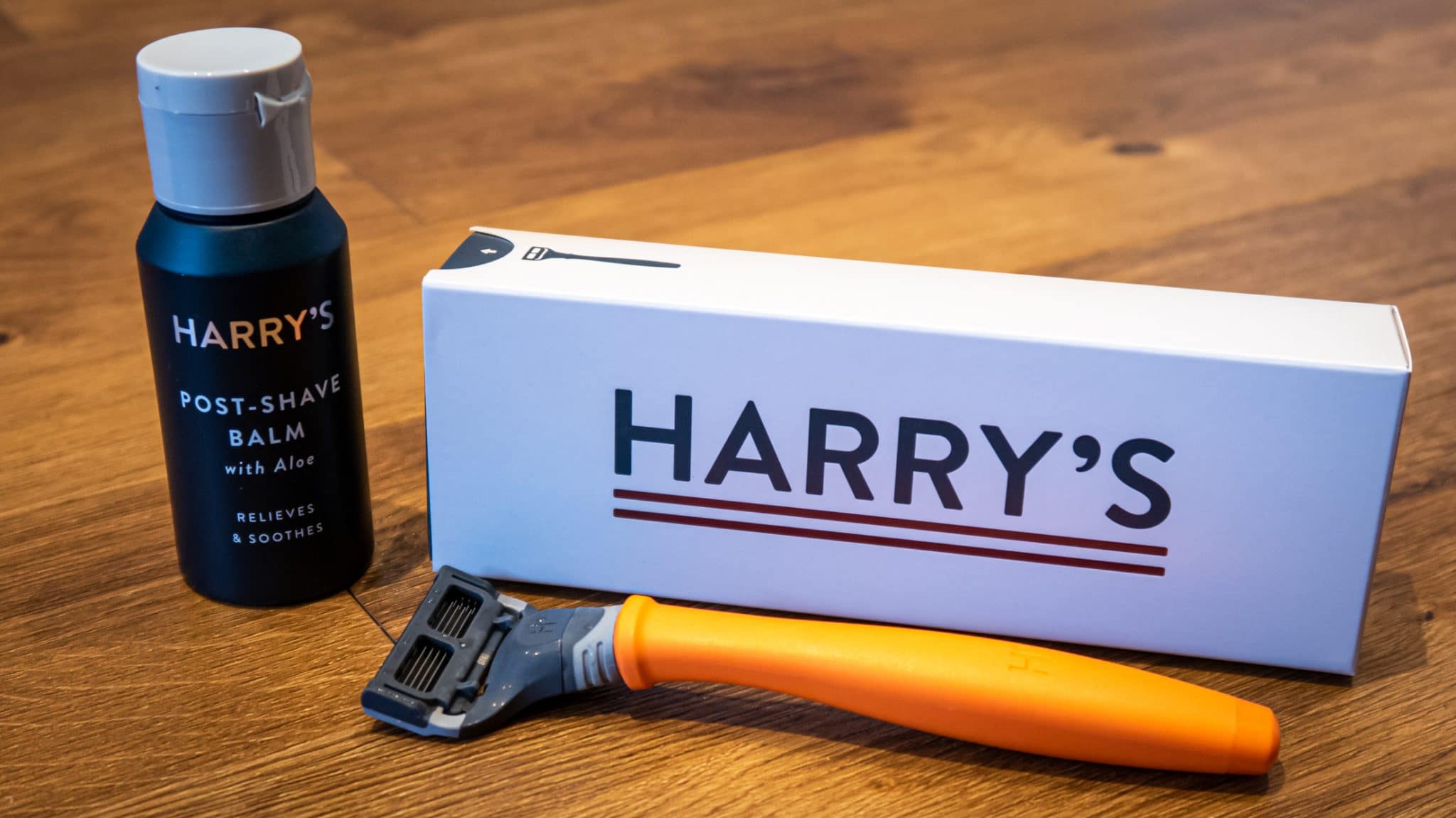 Close, but is it Close Enough?

I’ve always been what you might call a casual shaver. I’m one of those men whose facial hair grows at a leisurely pace, allowing me to shave just once or twice a week without looking too unkempt. As a result, I tend to buy cheap disposable razors and find they do a reasonable enough job to not worry about it.

I can’t really explain why, then, back in August I spontaneously decided to try Harry’s Shave Club. I saw an advert on Facebook – adverts that I usually ignore – and thought to myself, maybe it’s time to see if I’ve been missing out! This is a review of my experience with their product after using it for the last few months.

I signed up for their promotional offer, receiving a razor, small shave gel and travel blade cover for free (aside from a £3.95 delivery charge). I also used a discount code to get an extra 50ml post-shave balm free. As part of signing up, you have to set a subscription level so there is an on-going cost as well. To keep the cost down – and because I don’t shave every day – I opted for a 5-monthly package containing 8 blades and one large shave gel. The cost of this is £19, with free shipping. Given that the shave gel sells separately for £5, it prices the razors at £14 or £1.75 per blade.

As I’ve already mentioned, my only experience with razors up to now has been disposable ones, most recently Wilkinson Sword Xtreme 3 Sensitive as they are often on sale in my local supermarket, typically costing around £1 per blade or less. Therefore, I had fairly high expectations that Harry’s razors would be a big step up, both in terms of feel and shave result.

When the trial pack arrived, my initial thoughts were pretty positive. I chose “The Truman” razor in Bright Orange. It looks very plush and the design is quite ergonomic, with a grippy handle and comfortable size. However, it’s a lot lighter than I expected – handy for travelling, I suppose, but feels less premium as a result. The post-shave balm smells great, though 50ml is smaller than I expected but as it was a free promotional item, I can’t complain too much.

At first, using the razor felt great: it glides over the skin with minimal pressure and cuts the hair smoothly and effectively. The quad-blade design takes a bit of getting used to, as it’s taller than my disposable blades and therefore a bit harder to work around the jawline and mouth. This seemed okay at first, but after a few shaves I began to notice several issues:

In fairness, the razor unit does also include a fifth blade at the top, described as a “precision trimmer”. Using this, I was able to tidy up around the mouth and nose area, but it’s still an additional step that I didn’t need with my old disposables.

Using the post-shave balm is great though: it has a nice fragrance and is very effective at cooling the skin and moisturising. I would say it’s my favourite part of the Harry’s experience so far.

As mentioned above, I am finding the blades don’t last as long as I had expected. With my disposables, shaving once or twice a week, I could easily make one blade last a month before it became too blunt to be comfortable. Harry’s razor blades seem to manage four or five decent shaves before there’s a noticeable drop in results. In four months, I’ve used six blades where I would have used four disposables.

I do have quite thick facial hair, so it’s possible that someone with finer hair might see better longevity, but again I’m comparing against disposables that I expected to be inferior.

My next subscription is due in January and I’m going to let the set of blades and shave gel arrive, but I think I’ll cancel the subscription afterwards. I don’t really feel that Harry’s razors are noticeably better than my old disposables, certainly not to be worth twice the cost per blade.

I think I will continue buying their post-shave balm though, as I love the smell and find it very effective. As they now sell it in my local Sainsbury’s supermarket, I’ll just add it to my shopping basket whenever I need more.

Based on my experience of using Harry’s razors for the last four months, I would give them a score of 4/10. I don’t think they warrant the price and, for me, disposable razors offer much the same result and are easier to use.

Please note: this review is completely impartial. I paid full price for the product and have no affiliation with Harry’s, nor was I encouraged to write this review.