The Political Compass and my World View 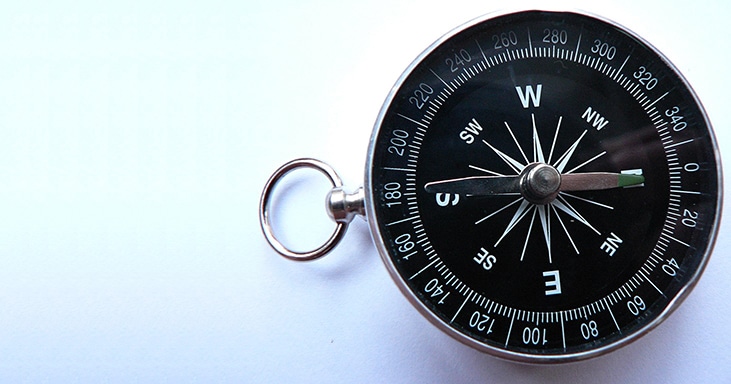 As I grow older, I find myself taking more of an interest in politics and current affairs. We seem to be moving towards an increasingly polarised society, and I’m not just talking about Brexit! (Which I shall avoid as a topic, for now.) This is my first blog post that is more of an opinion piece than my usual product or hotel review, I hope you enjoy it.

What is the Political Compass?

A few months ago, a colleague of mine started talking about the Political Compass and gave me a link to a website where you can take an online test to see where your world view lies on it. You can find the test here https://www.politicalcompass.org/test and I encourage you to take it, if you haven’t already. The results may surprise you.

You can learn all about the compass on the website above but in very brief terms, it plots your political and social ideology on a two-dimensional axis. Left and right are, as you would imagine, left and right in terms of politics. Up and down are authoritarian and libertarian, respectively, and represent more of a social scale.

Before I share my own results, I’ll admit that I see myself more of a conservative and therefore on the right, politically speaking. In terms of authoritarian vs. libertarian, it wasn’t something I had really thought about but I assumed I would be towards the libertarian end as I generally have a “live and let live” outlook on society.

After taking the test, I was somewhat surprised to find that, despite my conservative leanings, I actually sit left of centre. I’m also very close to the centre of authoritarian/libertarian, albeit on the libertarian side. I won’t review all my answers, but I think some of the questions are worthy of discussion so I have included them below, along with the thought process that guided my responses to each.

Some of my responses

Here are several of the Political Compass statements and why I gave the responses I did:

Statement: Those who are able to work, and refuse the opportunity, should not expect society’s support.

I strongly agreed with this answer. I think it’s vital that we all see ourselves as contributors to society, not merely receivers of the benefits of others’ hard work. Imagine living just 100 years ago, it would be difficult (if not impossible) to survive without working for food and shelter, and although civilization has advanced a lot since then, I don’t think it gives anyone the right to refuse to work.

Statement: The prime function of schooling should be to equip the future generation to find jobs.

Again, I strongly agreed with this. Of course, school is about learning and inspiring children to be curious about all aspects of life. However, I wonder if schools are losing sight of their purpose of producing a productive workforce. There seems to be an increasing trend towards young people attending University, regardless of the utility of the courses they may study, and a downturn in vital trades such as electricians, carpentry etc.

Statement: When you are troubled, it’s better not to think about it, but to keep busy with more cheerful things.

I agreed with this statement. It may seem somewhat contentious, but it touches on a subject that I intend to write more about in the future: mental focus and mind control. Too many people seem to feel that they are at the mercy of their emotions all of the time, and yet I have never found it too difficult to channel my conscious thoughts in whatever direction I needed. It’s only recently that I have realised what an important skill this is, and that so many seem to lack.

The statement above does suggest an element of ignorance, which is why I stopped short of strongly agreeing with it. There is a huge difference between wilful ignorance and conscious focus. Ignoring serious (or even seemingly trivial) issues in your life is rarely a good idea, yet there are many occasions where it’s more useful to focus your energy elsewhere. Not all problems can be solved in the moment, and there is little utility in worrying about things at a time where you could be achieving something productive.

Statement: Our civil liberties are being excessively curbed in the name of counter-terrorism.

Another complex topic, but I strongly agree with the statement. It’s true that we live in a dangerous world and nobody wants to exist in a constant state of fear. Yet we have to balance the need for security with the ability to live our lives as individuals in a free society. Restricting our liberty in the name of safety is a dangerous thing to do, and I believe reasonable people expect a trade-off between risk and freedom.

Statement: Although the electronic age makes official surveillance easier, only wrongdoers need to be worried.

This is a topic very close to my heart: I strongly disagree with the above. In fact, it amazes me that anyone can believe in the “if you have nothing to hide, you have nothing to fear” mantra of intrusive surveillance. The right to privacy is a hugely important aspect of human psychology: we must be able to choose if, when and how much of ourselves we share with those around us. We should always know what is being shared and with whom.

As an example: who would be happy to have cameras installed in their home, recording intimate activities. An argument could be made that it’s to ensure you aren’t being violent or abusive to your partner or family members, yet can this be an acceptable trade-off to having some government agency spying on you 24/7? I don’t think so, and neither should you.

The internet does of course bring challenges to society, in terms of policing illegal activity, and I have sympathy with those whose job it is to track down and convict criminals who hide behind encrypted communication. But the very idea that we should trust our government (and by extension, private contractors) to have unfettered access to secure channels, is ludicrous to me. As someone who works in technology, it’s too obvious that if a ‘master key’ exists, it would be stolen sooner or later. Or any ‘secure backdoor’ would be compromised extremely quickly.

Statement: You cannot be moral without being religious.

Moving onto some different topics now, I strongly disagreed with the above. I am not, and have never been, a religious person. Not for any reason other than I wasn’t brought up in a family with religion being of any significance, and as someone with a scientific mind, I find it hard to believe in the concept of ‘God as creator’. I do, however, believe that the Bible and other religious texts can teach us how to be better people and help those around us.

I believe it’s possible to be moral in your thoughts and actions without doing so from a religious standpoint. I was brought up to be a kind and considerate person, and like to think I generally succeed in this regard. By giving conscious thought to my actions, I try to act in a way that minimizes suffering and produces the best outcome for myself and those around me.

Statement: Some people are naturally unlucky.

Okay, last one. I strongly disagreed with this statement. The idea of luck is an interesting one, and I’m often guilty of feeling a recipient of good – and bad – luck. (Twice this year I’ve been delayed overnight on flights back to the UK!) But when I think about the concept of being lucky or unlucky, I just don’t believe it exists. What we see as ‘good luck’ is, in most cases, the result of our own effort and achievement, or that of those around us. Likewise, ‘bad luck’ can often be put down to some poor decision we made, whether in the moment or at some previous time. It doesn’t explain why some people win the lottery and others are struck by an incurable disease, I’ll admit, but in general, we make our own success and failure through our actions or inaction.

What does your Political Compass say?

Well, that’s it for today. I hope you enjoyed reading a bit about my world view – feel free to leave a comment below. I’m always interested to see how other people view the world and I like to challenge my own views to see if I can become a better person as a result.

On that note, I’ll leave you with a great video of someone I’m finding quite inspirational at the moment: Jordan Peterson. Here, he talks about the difference between hearing someone and really listening to them.